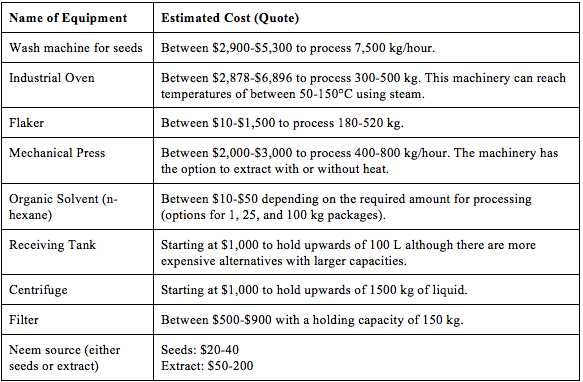 Transportation Costs and Pathway
​To approximate costs for transportation, a comparison was made between a 3 L container of Wilson’s Home Pest Control Insecticide, which is sold in Canada. The dimensions for the 3 L container had to be adjusted from 4x9x10 inches at 11 pounds to 5.3x12x13.3 inches at 15 pounds to account for a 4 L container, as it would make more sense for a farmer to purchase a large enough quantity to apply for an entire year. A crate could be transported from the manufacturing facility to Montreal-Mirabel International Airport via Services De Port Quad City Inc. a freight distribution company based in Chateauguay Quebec. It would cost approximately $302 to transport a crate from Montreal to Kolkata via air freight through A1 Freight Forwarding (A1 Freight Forwarding, 2016). After arriving in Kolkata, the rest of the transportation would depend on the preference and location of the customer in Nepal. One option could be to use FedEx to transport from Kolkata to Kathmandu however, this method is expensive, as it would cost around $824 in Canadian dollars to transport 150 pounds, around 10 containers per crate (FedEx, 2016).
​Application Costs
The average Nepalese rice farm is approximately 1.56 acres (Dhungana et al., 2004). When considering the cost per 1 L of insecticide, the price is around $13.40 Canadian or 1067 Nepalese rupees, the conversion being based on the data seen in Table 3 (Primal Group, 2016). In terms of application, it costs around $60 Canadian or 4780 rupees per acre and the insecticide is applied at a 0.5 L/acre rate (Primal Group, 2016). The insecticide is applied 4 times a year; therefore, the overall cost is around $480/per year Canadian if the average farm is 2 acres meaning 38,985 rupees. The GDP per capita in Nepal is $958.70 Canadian making the product expensive for the average Nepalese farmer (The Government of Canada, 2015).
Photo Source: http://www.businessinsider.com/10-things-everyone-should-do-in-nepal-2016-4/#take-a-vespa-tour-through-kathmandu-where-you-can-explore-hundreds-of-narrow-streets-filled-with-old-buildings-and-eclectic-shops-you-can-book-a-tour-through-companies-like-vespa-valley-1