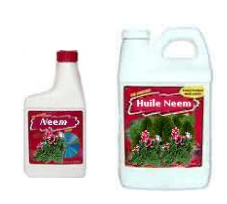 Product and Company Overview
Prior to the ban of Neem oil in Canada in 2012, Ultra-Bio Logics Inc., a Canadian company based in Chateauguay Quebec, was manufacturing Neem oil insecticides. The manufacturing company that employs between 20-50 employees at a time, produces insecticides, livestock feed additives, and soil modifiers (Ultra-Bio Logics Inc., 2013). Their product, Neem Azadirachtin was a Neem oil-based insecticide from seed kernel oil extraction (Ultra-Bio Logics Inc., 2013). The insecticide can be applied to crops such as rice, wheat, sorghum and maize and is typically applied four times annually (Primal Group, 2016). The insecticide existed as a foliar spray that could be applied to seedlings between 15-18 days after germination and was sold in quantities ranging from 500 mL to 210 L (Ultra-Bio Logics Inc., 2013). Although this product is banned in Canada, the data assembled for this paper is based on similar Canadian products and as well draws a comparison to Neem oil products in the US as the country has not placed a ban on any Neem derivatives. Additionally, processing methods were determined based on information obtained on the Ultra-Bio Logics website as the information regarding the product still exists online.
Photo Source: http://www.ublcorp.com/​ 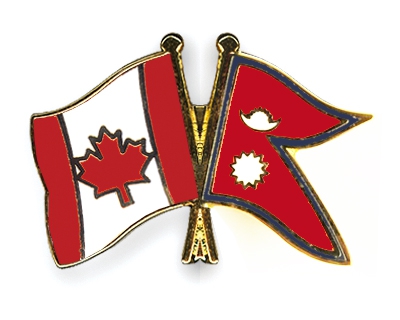 Benefits to Canada
The introduction of Ultra-Bio Logics’ Neem oil insecticide to Nepal could benefit Canada primarily through the creation of jobs in addition to Canada’s international trade. Based on 2013 data, Canada imported $11.7 million dollars worth of Nepalese imports in comparison to only $7.1 million dollars of Canadian exports to Nepal (The Government of Canada, 2014). By exporting the insecticide, this could benefit Canada by balancing the imports and exports between the two countries, in turn positively impacting Canada’s economy. Due to a financial recession in 2009, the number of Canadian exports decreased from $480 to $420 billion dollars, which could have contributed to low exports between Canada and Nepal (Export Development Canada, 2012). In the last decade the export of manufactured goods has fallen from 68% to 53% however, this can also likely be correlated to the 2009 recession (Export Development Canada, 2012). If the product were to be distributed on a larger scale, this could create the potential for business expansion for Ultra-Bio Logics Inc. increasing the number of jobs available to Canadians and lowering the unemployment rate. In addition to stimulating the economy, the increased production of Neem oil insecticides would create an opportunity for research and development of Canadian agriculture. At the Quebec Research and Development Centre there is a focus on developing crop systems for the Canadian climate and in utilizing an association such as this, Ultra-Bio Logics Inc. could potentially increase sales for both international and national consumers in addition to creating a product that is multi-functional for increasing crop yields in varying climates.
Photo Source: https://www.crossed-flag-pins.com/Friendship-Pins/Canada/Flag-Pins-Canada-Nepal.html
Competition in Canada
There is only one Canadian company currently selling Neem oil for agricultural use however, it is not available for purchase in Canada. Terramera Inc. is a British Columbia-based research and development company that produces a Neem oil insecticide for purchase in the US and internationally (Terramera Inc., 2016). Recently, Terramera Inc. acquired the Indian-based company Plasma Neem that is used as the manufacturer for the product (Terramera Inc., 2016). The advantage of manufacturing the insecticide in India is that it would be more cost effective, as it could be directly distributed from the plant, which requires minimal transportation. On the other hand, the use of an international manufacturer significantly decreases opportunity for Canadian employment and therefore contributes little to the development of Canadian agriculture.
Marketing Strategy
When considering a marketing strategy for this product, it is first important to consider the consumer preferences in Nepal. In terms of agriculture, many farmers are looking for solutions to combat climate change and are willing to use technology in order to increase crop yields and limit water loss (Chhetri et al., 2012). Based on 2004 statistics, 60% of Nepalese rice farmers have only a basic education whereas 20% do not have any education at all which indicates a need to increase educational support in the country’s agri-food system (Dhungana et al., 2004). The highest input cost for farmers is land, with the second highest input cost being human or mechanical labour (Dhungana et al., 2004). The average worker gets paid 65.52 rupees per person per day, which is roughly 0.81 cents Canadian (Dhungana et al., 2004). With increased pest control there is less required physical labour as research has shown that rice farmers can reduce the physical labour required by 24% and still maintain the same level of production (Dhungana et al., 2004). Farmers often purchase fertilizers and insecticides but often do no know how to use them properly or to the full extent, as they are afraid of the potential risks that the use of these products could have on their production outputs (Dhungana et al., 2004). When insecticides are marketed to developing nations, there is often a false perception that there are no alternatives to the products that a company is trying to sell which in turn uses fear to sell the product (Palikhe, 2002).
For this product specifically, it would be ideal to educate the targeted customers, in this case, rice farmers in Nepal, on the properties contained in Neem oil and how they could benefit crop production. As traditional marketing cannot be used to target farmers in rural Nepal, marketing could be done through farmer groups or associations that promote international products for implementation on a large scale. Organizations such as PACT (Project for Agriculture Commercialization and Trade) in Nepal could be used as a platform to promote the product as they work to improve Nepalese agriculture but also could help eliminate the fear that is often felt with respect to the use of fertilizers and insecticides. On the Canadian side of the business, the company could employ Nepalese-Canadians to work as salespeople to go to Nepal to promote the product which would not only employ Canadians but would also convey trust in the customers by creating a sense of familiarity and understanding.
Photo Source: http://www.saferbrand.com/blog/benefits-uses-neem-oil-for-plants/